‹ Back to all events

Looks like you missed this event This event has expired 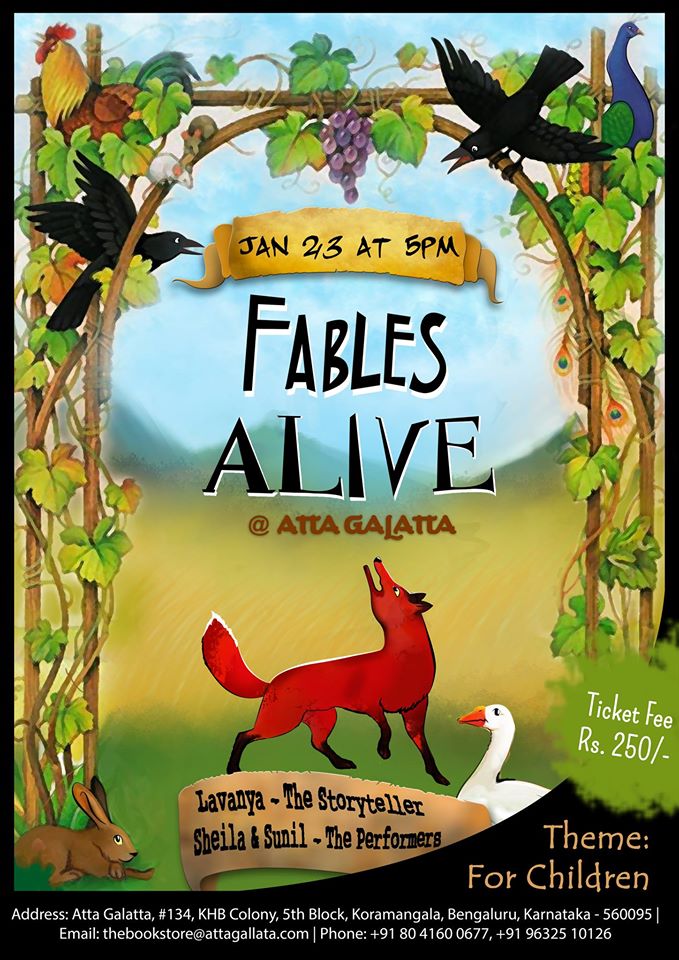 Fables Alive is a story telling session which is based on Aesops’s Fables. Here participants meet the kind hearted Manganna, his best friend Kallan and the wicked Kalli. Will Kallan be Manganna’s best friend forever despite Kalli’s efforts to throw spanner in the works?

It’s going to be fun with some danda naa dan!Try guessing the Aesop’s Fable by then!

Sheila Govindraj: A Theatre practitioner and an itinerant baker. Received training in theatre and the art of acting from several exponents including Philippe Gaulier and Veenapani Chawla. Having worked with several directors in Bangalore/Mumbai, currently working on Tacholi Othenan – a Kalaripayattu based docu-drama.

Sunil Bannur: Is a theatre personality and has done a lot of workshops for children.

Lavanya Prasad: Is a professional storyteller and educator based in Bangalore. Using stories as a medium, she conducts workshops and training for children and adults in various bookstores, libraries and schools.

Hurry !Tickets have to be bought separately for parents and kids.