Dancers striking Dandias in sync to rhythmic music is Gujarat’s gift to Dussehra with Mumbai adopting it as its own sub-culture! Maharashtra lends quiet dignity with Haldi Kumkum with rituals and treats to complete the festival of Dussehra.

Colour and exotica of Dussehra in Western India centres around the ‘show stopper’ gift of the Gujarati community- the Garbha. Whether in the state of Gujarat or in cities like Mumbai or among the Indian diaspora in the US, East Africa and elsewhere, Garbha brings out all that is glamorous and exciting during the festive season.

In contrast, Navaratri to most Maharashtrians is a sober period! Devi is worshipped at home- with ladies and girls exchanging visits to each other’s homes for ‘Haldi Kumkum’. Typical rituals are common like ‘Shastra Pooja’ on the ninth night, gifting of ‘Aapta’ leaves symbolizing gold as token of prosperity etc. Rural areas connect it with the sowing season – different seeds sowed in a test area are watched over during the ten day period and whichever crop shows the best growth in that period is chosen for that year’s cultivation! Some of them do install a Murti of Devi, conduct daily poojas followed by immersion as in Bengal- but on a much smaller scale.

Garbha- is the spectacular dance organized over every evening of Dussehra. To the beat of loud music, rings of dancers in colourful Ghagra Cholis revolve and move in perfectly synchronized cycles around the ‘Garbha Deep’ placed at the centre, symbolizing Almighty as the only entity that remains unchanged in this constantly changing universe. The dance depicts cycle of time, which revolves, from birth, to living, to death and again to rebirth, while the Goddess stays unmoved in the midst of all this unending and perpetual movement.

The attractively painted earthen pot in which the Garbha Deep is placed symbolizes the human body, with the divine Devi residing within each of us. Garbha is danced around this symbol to celebrate the fact that all humans have the Divine energy of Devi within them. The dance during each night is designated to a different incarnations of the principal Devis- Amba, Lakshmi and Saraswati.

After nine nights of music, dance and gaiety, Lord Rama’s return to Ayodhya is the theme around which Vijaya Dashami is celebrated in Gujarat.

Colorful costumes worn while performing Garbha and Dandiya are indeed typical of Gujarat, which has influenced a line of fashionwear elsewhere. The girls and the women wear a three-piece dress of Choli, Chaniya and Dupatta stitched on with beads, shells, mirrors, and embroidery work worn in the traditional way. Women really look spectacular with accessories of jhumkas, payal, kangans, mojris, which are all selected elaborately each year. Men match them with colourful kurta pyjama outfits with many wearing headgear and mojris. Colourfully painted Dandiyas in pairs are struck to the rhythm of music during the dance in perfect co-ordination.

Dussehra- is truly a National celebration, symbolizing as it does, the ultimate triumph of Good over Evil. It cuts across barriers of ethnicity, language and religion to celebrate restoration of peace and order on earth by eliminating forces that terrorize and spread fear among ordinary people. The message of Dussehra is universal and is highly relevant in today’s atmosphere of distrust and division between our peoples. 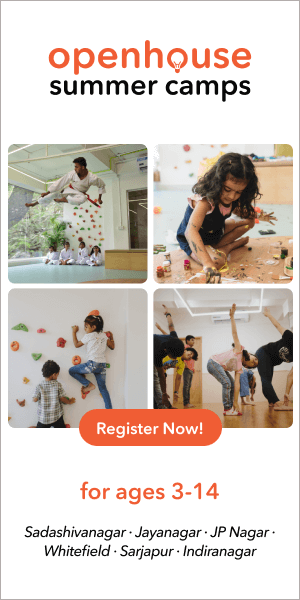